A Guide On How To Win Huge Cash In Fantasy Cricket 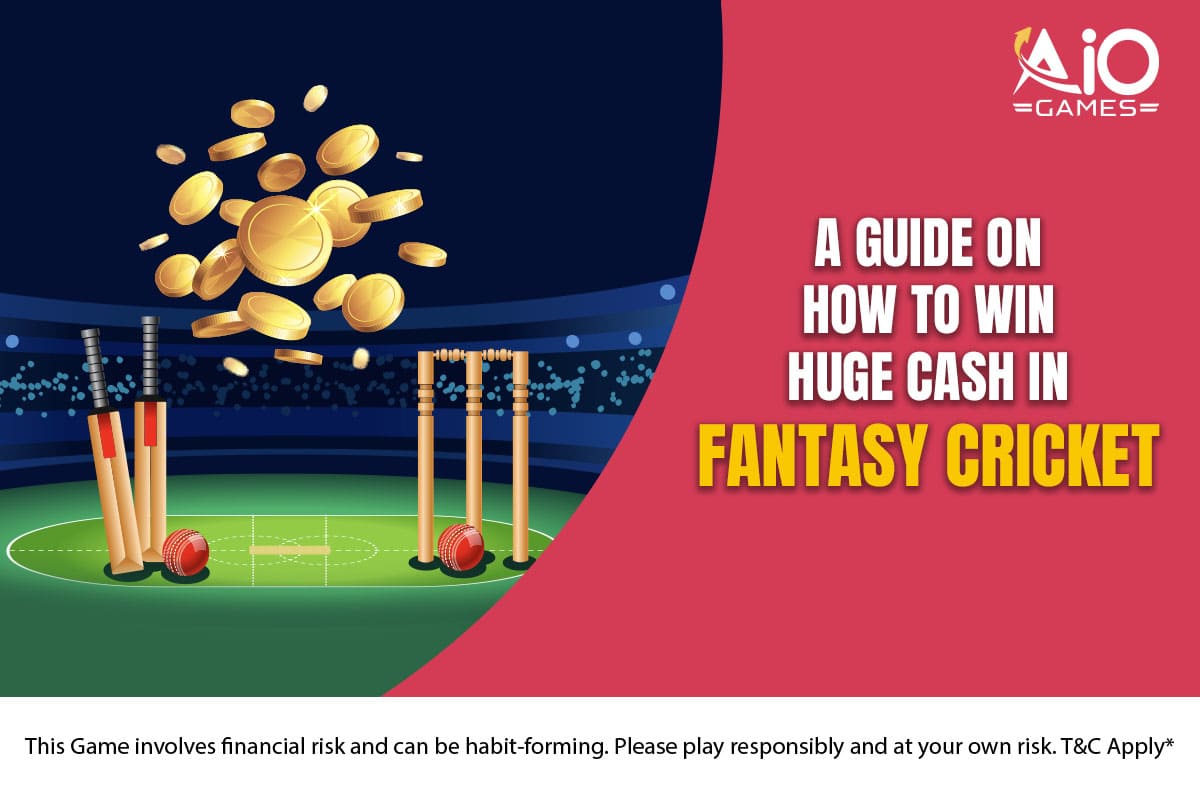 Year by year, since its inception, fantasy cricket has only witnessed a rise – rise in reputation, rise in users, and rise in prize value for winners.

And it will continue to gain prominence thanks to new cricket tournaments and formats being launched occasionally.

If you have not tried your hand at fantasy cricket then you are missing out, big!

However, in case you have played it and decided that it is not for you, then a few alterations to your approach can help restore your faith in it.

Oftentimes, people label winning in fantasy cricket as luck where in reality, it’s all about analysing, strategising, and executing.

It can be time-consuming, depending on how deeply you think about your team, but the subsequent rewards can be massive.

Whether you are starting fresh or giving fantasy cricket a second chance, applying the below highlighted tips can be beneficial.

Always Do Your Research

As mentioned before, creating a team can take up a lot of your time.

People who usually win are known to have done their research on the cricketers they wish to play during a given match.

It is imperative that you conduct a thorough analysis of their form. Strike rate, economy rate, batting position, etc. need assessment if you want to emerge triumphant.

Additionally, factors such as weather and pitch conditions play a role in team selection.

You can find expertly written articles on the Internet that can guide you through your research.

Once you have all the information at your disposal, try out different combinations and enter the team you deem the best.

Your Choice of Captain and Vice-captain

Again, the research you have conducted will help you narrow down the most suitable choices.

You can certainly gamble by picking either only a pure batsman or a pure bowler; if you don’t wish to do that, then an all-rounder is often the obvious option.

Never Create a Team in Advance

Fantasy cricket platforms give players a tiny window after the toss to make a new team.

A lot of players are either unaware of this or are confident that their selection of eleven cricketers will feature the match.

In cricket, injuries or last-minute changes can cause an imbalance in your team composition.

It is, therefore, advised that you wait till the toss, which is when the captains unveil their playing eleven. Once you obtain that information, you will have guaranteed starters in your team.

When it comes to fantasy cricket, the reputation of a cricketer plays a small role during team selection.

If they are struggling to score runs or get wickets, having them in your team based on just reputation can backfire.

Instead, choose an uncapped player if they are playing well. This can help you accommodate another cricketer of equal or even higher stature if their form is better.

Fantasy gaming platforms offer their players multiple rooms with varying prizes at stake. If you are a beginner, it is advisable to start with mini leagues.

They are often free or charge minimal entrance fee that will not break your wallet.

You can see it as a great way to practice, as there isn’t much to lose; however, the prize pool on winnings is often on the higher side, so, in a way you gain more than you lose.

Do Not Sell Your Instincts Short

Having researched beforehand, you will now have all the confidence in the world to create the most idyllic team.

Though it may happen that you develop second thoughts. At such times, see to it that you go with your gut and create the team you have in mind.

If you are still not convinced, the best solution is to enter a second team with the changes that you feel might work.

Allowing players to create multiple teams is one of the best aspects of fantasy cricket.

So, these are some of the tips that can help you excel in fantasy cricket. Remember that practice makes perfect, so, if you lose one time, do not give up.

With the right knowledge, a victory and huge cash prize win is just around the corner.

5 Mistakes One Should Avoid While Playing Call Break Card Game

How To Win Cash Prizes by Playing Fruit Chopper Game