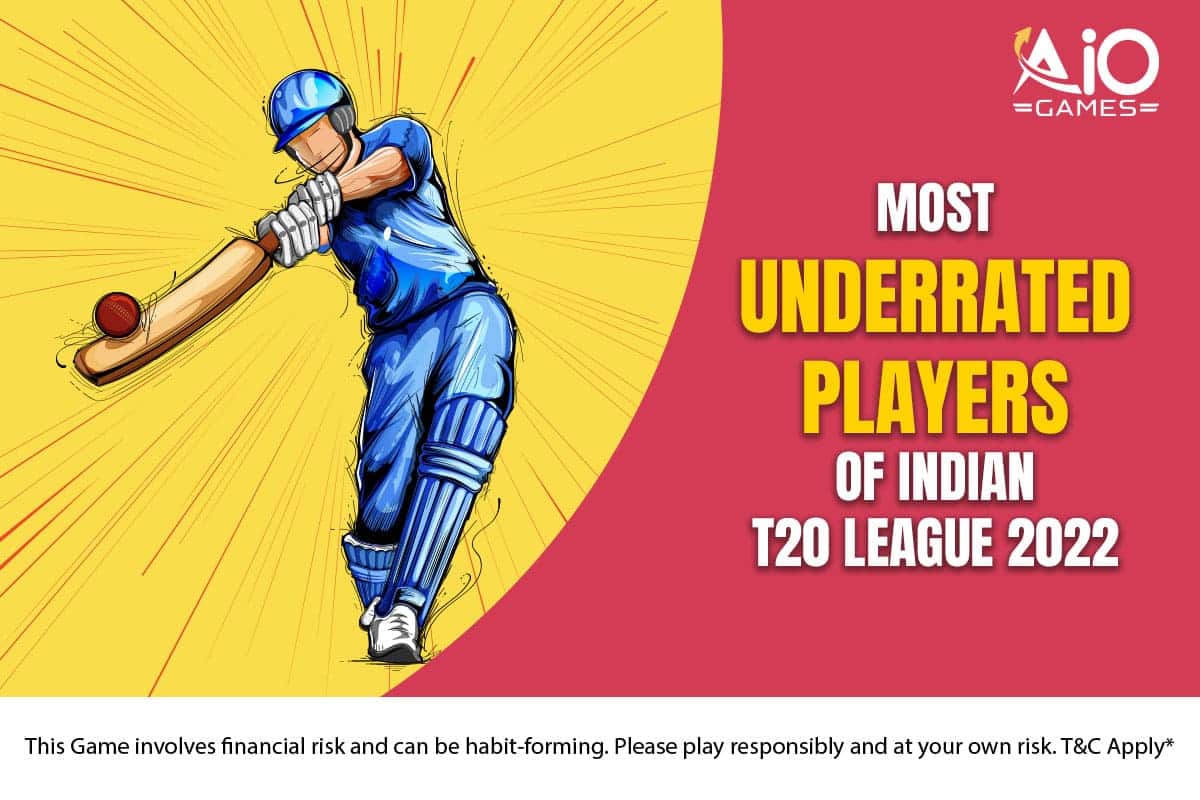 Just over three weeks in, the Indian T20 League 2022 continues to maintain its freshness thanks to the competitive nature of cricket being played.

Fans have witnessed top quality spirit of the game along with thrills in the form of closely contested battles, and the two new teams sitting on top of the table, whereas the two teams with most trophies find themselves at the bottom.

With the world facing unprecedented challenges since the last two years, the organisers have found it overwhelming managing the tournament.

The players, too, have battled bio-bubble fatigue and other personal tests.

With the situation now comparatively better, everyone seems to have come across newfound, revitalised energy and are giving it their all making cricket a visual spectacle for viewers.

Though many established cricketers have managed to live up to their reputation, there have been budding players who seem to be making their mark.

And then there are the unspoken talents, the underrated cricketers, of the Indian T20 League 2022, who have found themselves stranded in the back despite their travails.

Let us explore and learn about some of the accomplishments of these underrated players, who can possibly feature in your fantasy cricket team as well.

Sri Lankan leg-spinner Wanindu Hasaranga has quietly managed to rattle the batsmen from afar with players like Yuzvendra Chahal and Kuldeep Yadav being fan favourites.

Some of his prized scalps this year include Shreyas Iyer, Sanju Samson, Mayank Agarwal, and Robin Uthappa.

With 11 wickets, the Bangalore team leggy is only one wicket away from claiming the Purple Cap from tournament leader Chahal.

Hasaranga came into prominence by becoming only the third bowler to claim a hat-trick on his ODI debut.

He has continued to assert his dominance over batsmen and is expected to only get better as the tournament progresses.

Another Team Bangalore player, Harshal Patel has one of the best economy rates this year at 6.40.

Being a thinking cricketer, the seamer is perfectly suited for the T20 format regardless of when du Plessis asks him to bowl.

Patel has multiple variations in his arsenal to keep the batsman guessing.

With him handling the seam bowling reins, Bangalore have a decent chance to win the title that has been elusive all these years.

Although he has featured in only two matches for Team Lucknow, Stoinis boasts a staggering strike rate of 184.

Also, being an all-rounder makes him an ideal choice for a spot in the team as that trait cannot be overseen.

The Australian scored a 17-ball 38* in a losing cause against Team Rajasthan leading to debates as to why he was kept held and only allowed to bat at No. 8 and not higher up the batting order.

If not a finisher, Lucknow can use him as an opener, something that he frequently does in the Australian T20 League and has been a proven match winner.

You will see him rolling his arms a few times, too, as his handy deceptions with the ball make him a crucial wicket-taker.

Aiming his comeback into Team India, Khaleel Ahmed has already begun his journey with Delhi.

Even before the competition began, Ahmed was in the news after being mistakenly sold to Delhi at the mega auction.

The left-arm pace bowler appears to have accepted his fate and claimed 8 scalps in 4 matches to his name at the economy rate of 7.63.

With consistent performances, staging a comeback to the national team must not be a tough ask for the 24-year-old.

The Sri Lankan off-spinner has played 3 matches so far for Team Chennai and has managed to claim 6 wickets in the due course.

The 21-year-old carries a fiery attitude, something that is the need of the hour for his struggling team.

Moreover, he brings variations in his bowling that makes him a suitable bowling option on spinning tracks.

There you go. Above is the list of underrated players you should keep an eye on in this year’s Indian T20 League.

They will make for exciting plays in the tournament and also bring you points should you add them as a fantasy team pick.

How To Win Cash Prizes by Playing Fruit Chopper Game

5 Reasons Why Cricket Is Interesting With Fantasy Cricket