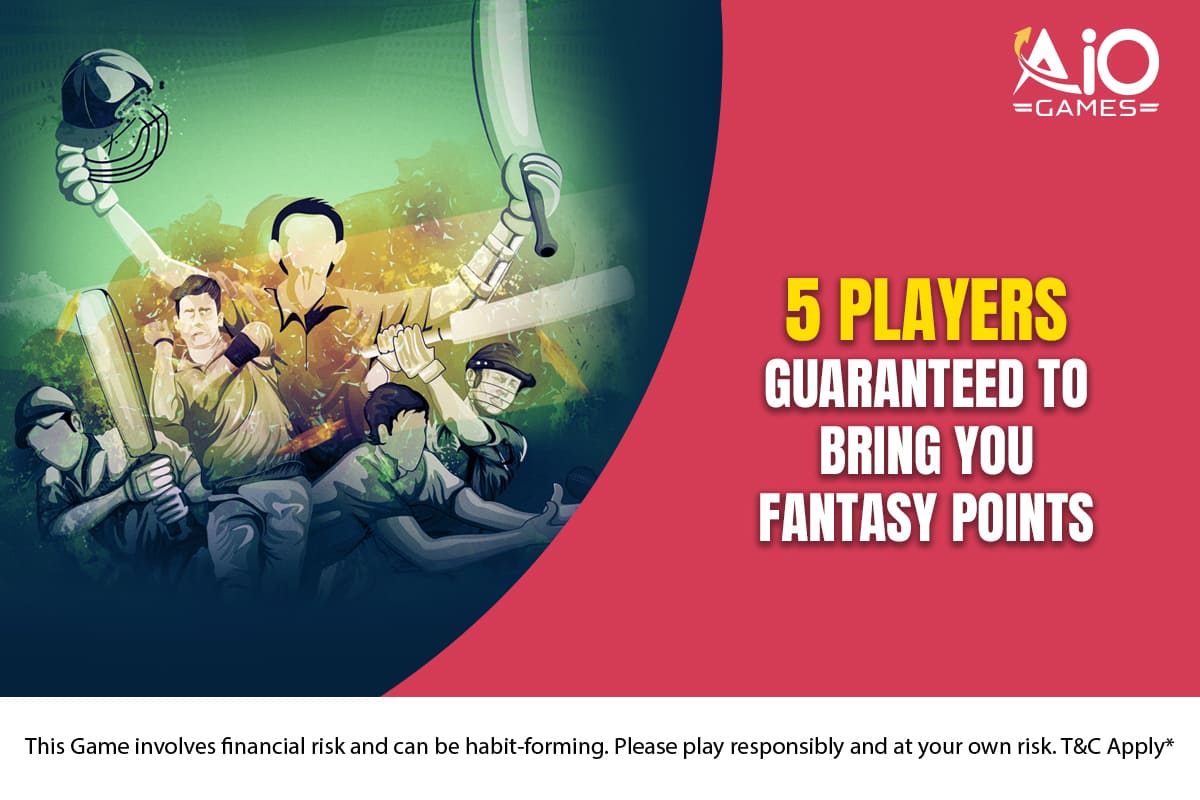 With 21 matches, this Indian T20 League has lived up to the promise of delivering high quality cricketing action.

The newly added teams – Gujarat and Lucknow – are giving it their all to match the veteran teams for vigour and zeal.

Indian T20 League is also the time when fantasy cricket takes the centre stage, as fans of the game try their hand at luck to win cash prizes and merchandise.

Fantasy cricket requires extensive knowledge of the tournament’s ongoings and that’s where we step in.

If you have missed a game or two due to prior commitments, we are here to bring you up to speed and give you a few tips that can help you trump your adversaries.

So, we have closely assessed the competition and are here to give you the five players that can help you score big fantasy points any time you pick them in your fantasy team.

Yuzvendra Chahal is representing a different team for the first time since 2014 and boy, is he a steal for the Rajasthan side!

Bought for 6.5 crores during the auction by the Royals, the wily leggie was always on the cards to get the Purple Cap at some fantasy point.

With 11 wickets in four matches, the Indian spinner has managed to do just that and is speculated to bring more troubles for batsmen.

In 2021, Chahal claimed 18 scalps by the end of the tournament. It is a different year and it looks as if things can only get better for the leg spinner.

A captain’s choice at some point in fantasy cricket? You can’t rule that out!

The only centurion so far in 2022 Indian T20 League, Jos Buttler is one batsman to lookout for.

Giving up the wicket-keeping reins for a full-time batsman role, the stellar English cricketer is playing much freely and the result is there for everyone to see.

With 218 runs in four matches, the Rajasthan opener proudly wears the Orange Cap.

He boasts a strike rate of 141, having done enough to surely earn a spot on your fantasy team.

Though with a player like Buttler, it can be a hit or a miss, the 2022 season definitely looks like he’s struck gold, and you can too by adding him to your team.

Kuldeep Yadav was released by the Kolkata team before the 2022 mega Indian T20 League auction, but was scooped up by Delhi for a mere 2 crores.

The lefty chinaman has already claimed 10 scalps in four matches and is only behind leader Yuzvendra Chahal.

His four wickets against his former team in a winning cause was labeled as redemption by fans.

Yadav looks like a match-winner and cannot be ignored for long by fantasy cricket managers.

Ever since entering the international cricket scene, few cricketers have managed to dominate the game as well as Prithvi Shaw.

Adaptable to different formats, the young cricketer is a veteran in his own rights and can score runs at a brisk pace, a trait quite liked in T20 cricket.

Owning him as one of the players in your fantasy team can help you advance faster than your compatriots.

The pace at which Shaw scores runs makes him an ideal captain’s candidate, too.

Though he sits at 7th position in the list of players to have scored the most runs this season, the Capitals opener can turn things around in the blink of an eye.

The English cricketer has minced no words when it comes to him scoring runs big and fast, and it is good to see him living up to everyone’s expectations.

Although a middle-order batsman, Livingstone has managed to amass runs for Punjab this season.

Smashing the second-fastest fifty of 2022 Indian T20 League, the all-rounder showcases abilities that might make him one of the sought-after players in fantasy cricket.

When your fantasy cricket score is neck-and-neck, a player like Ayush Badoni can help the game fall into your lap.

A handy batsman, the LSG lad has already left a mark on this year’s Indian T20 League and though his 107 runs in 5 matches do not do him justice, his strike rate of 148 surely speaks volumes of his game-changing abilities.

Well, there you have it! Our list of players that cannot disappoint you in this edition of the Indian Fantasy Premier League.

Make sure that you also choose a team that revolves around these players as they complement each other like no one. The points are yours to win or lose.

5 Most Dangerous Batsmen In IPL

5 Tips One Can Use to Trump Others at Call Break