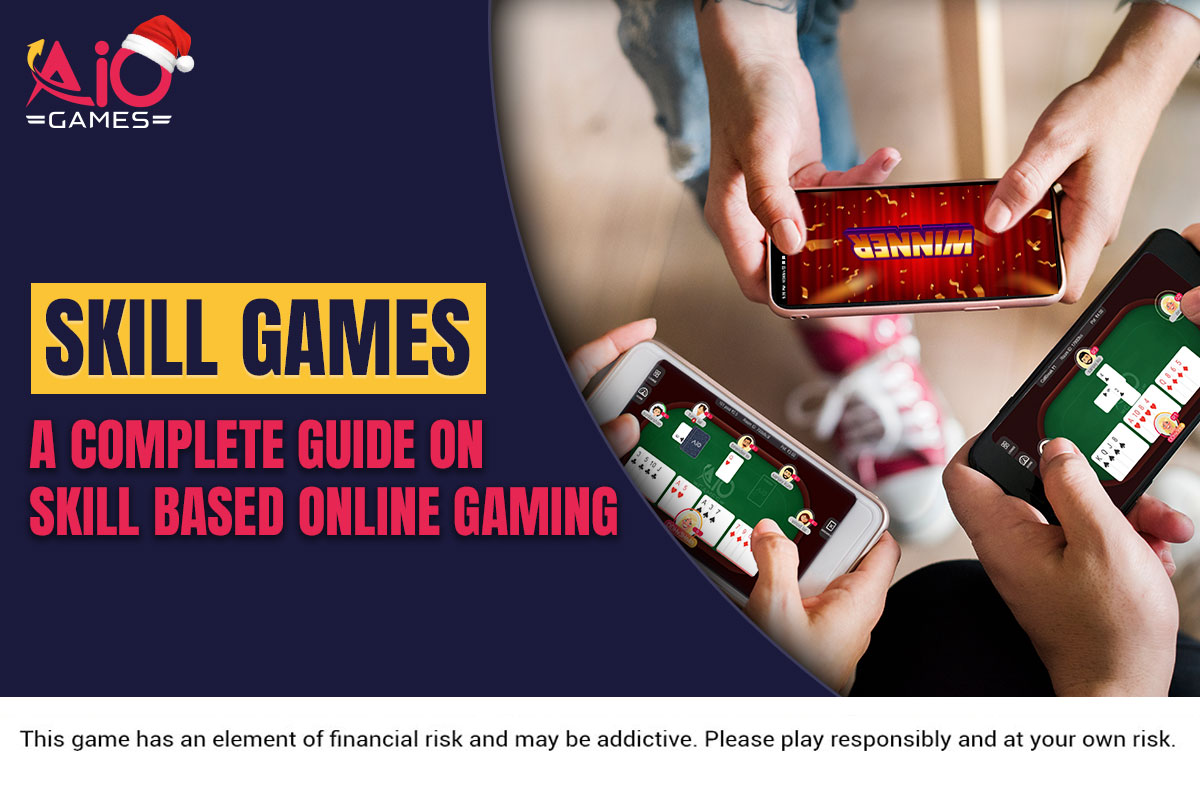 What are Skill Games?

India, as a nation has more than 1.3 billion population and one that follows multiple cultures. Likes and dislikes are variable but when it comes to gaming or sports, the nation always act like one.

After physical sports, now India is building a huge interest in e-gaming or skill-based gaming.

Love for the internet took a drive of users who are adapting to online gaming. So now the question is what are skill games or skill-based games that can generate money?

Skill-based games are those games where a player needs to use his knowledge, decision making ability and should know the rules and regulations.

Often people mislead themselves by comparing skill gaming with betting. Though online betting and playing skill-based games to win real cash are two different things and India is growing this culture rapidly.

Skill games or skill mind games usually come with certain rules that must be followed by the user. So now the point is that what are the skill-based games one can play in India to earn real money.

This list is growing day by day, but Fantasy cricket and Poker game is right at the top. Indians are loving this culture where their source of entertainment becomes a viable source of income.

How can people earn money by playing skill games?

Making money online by playing is truly based on skills. After the COVID-19, the love for online gaming has increased.

A player just needs to find the that interests his skill, and he/she is ready to rock. There are different sets of games like card games, fantasy, and dice games where one can win an unimaginable amount.

The process is very simple, you need to go on AIO Games app and select the game you love and join real money contests. Use your skill and earn real money on the go.

Different people have different mindsets and hence, AIO makes it easy and took every kind of real money game under one roof.

Increment in financial status is important but nothing is better when you get yourself entertained and earn money together.

Types of skills-based games you can play in India

India is popularly growing e-gaming culture where a player can play multiple games.

Fantasy games, Poker has already built its market, but do you know Indians can also play different skill-based gaming to earn huge cash.

Below are skill-based games that are legal in India and one can use the brainpower to earn big.

At AIO games, you will find not only just Fantasy but different skill-based games that can make you earn more money.

Is it legal to play Skill Games Online?

Often this question has been raised that Online gaming or skill-based gaming with real cash is legal in India or not? Well, the answer is YES! Indians can play select games anytime and can win big rewards too. Even the deposits and withdrawals are made by authentic bank accounts.

Skill based Real Money Gaming is Gambling or not?

Gambling and skill-based real money gaming are two different ball games. Gambling is where a player is dependent on luck, and he can’t make every decision on his own and on the other hand, Skill-based gaming allows the one to take decisions.

Also, knowledge of the game is highly appreciated, and assessment also plays a vital role.

For example: In a game of Roulette, a player just needs to decide the number without much information but in cricket fantasy a user makes his best 11 by getting proper information about the pitch, weather conditions, toss and much more.

This is where Skill-based real money gaming is way different from gambling and hence India makes it legal.

Popularity of Skill-Based Games are Rising in India

Online gaming is always a commodity that churns the curiosity out and after the legalization of real money skill-based gaming, the numbers of gamers have increased enormously.

India is a country where sports and e-gaming are some of the finest forms of entertainment and it becomes more popular when money is involved.

According to a report first 6 million online gamers took much time to get introduced but in quick succession, the numbers went to around 20 million.

It is definitely true that online skill games can make you win real money. It is not just a source of entertainment, but it allows a user to increase his earning.

Platforms like AIO Games is a trustworthy platform where one gets a chance to play multiple gaming to win cash under one umbrella.