5 Most Dangerous Batsmen In IPL 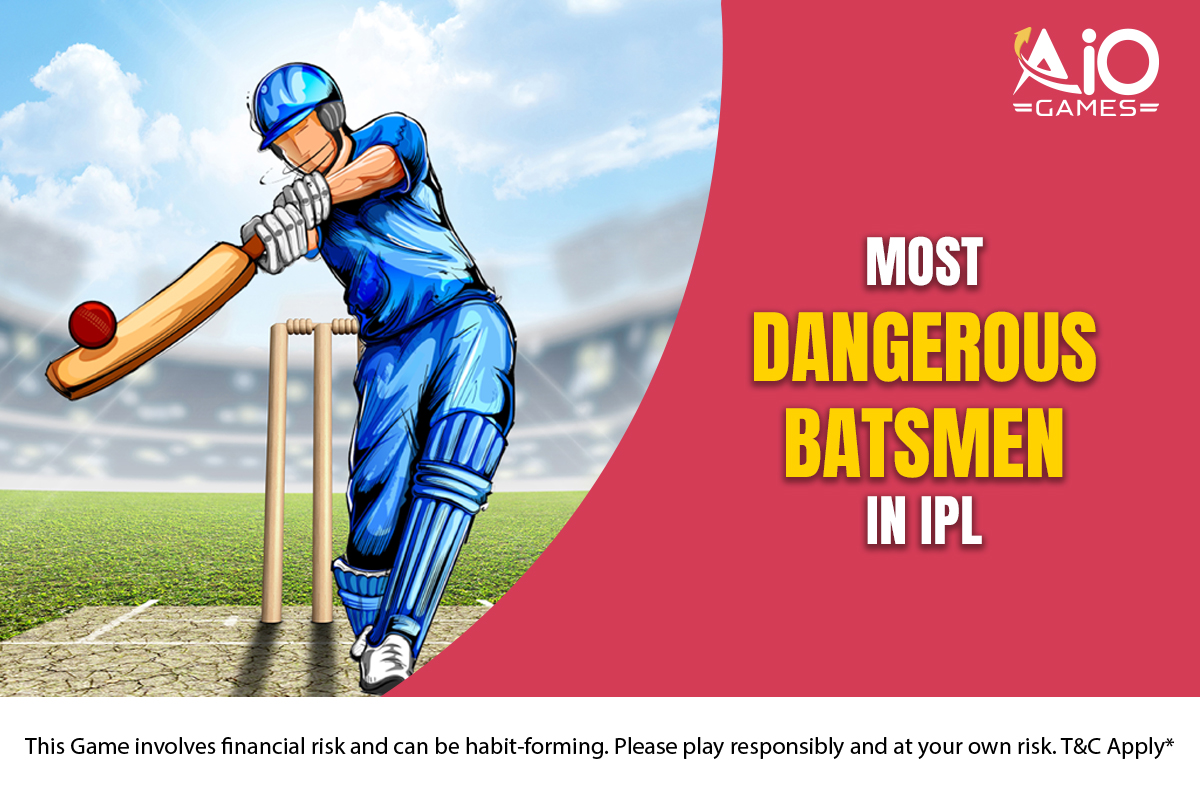 Most Dangerous Batsmen of IPL

With the ongoing Indian Premier League in full flow, cricket’s biggest stars will again compete against each other to battle it out for the top prize – the IPL Trophy.

Most often, many international cricketers see IPL as the numero uno of T20 Cricket despite other leagues available to play.

IPL has long been seen as the fiercest and toughest T20 Tournament especially when there are cricket’s top stars like David Warner, Virat Kohli, Jasprit Bumrah, amongst others taking the field throughout the tourney’s availability.

Currently in the 14th season since its inception, IPL has seen some of the most blistering batters take the field by storm.

Be it Kohli, AB de Villiers or Rohit Sharma – they all have come ‘to the party’ when it mattered the most and being termed as the ‘most dangerous batsmen in IPL’.

Well, if there has to be one player who is best categorised as the most dangerous batsman in ipl, it has to be none other than India’s Virat Kohli.

The former skipper of RCB who has flourished as one of the most dominant and blistering batter in IPL’s record books, as well as topped the charts in the runs department.

Kohli has so far amassed 6389* in 211 IPL matches and looks to pile on more misery on the opposition bowlers as he seeks to win his 1st IPL title post renouncing his captaincy.

Below we talk in detail about some of the most dangerous batsmen in IPL till date.

Where do we begin? Former India captain Virat Kohli has been around the scene since the IPL’s inception and has been touted by many as the most dangerous batsman of ipl history.

With runs flowing from his bat all-round the corners of the stadium, Virat Kohli is one of the leading batters in the Indian Premier League’s plethora of leading run-makers.

Kohli signed up with the Bangalore outfit from 2008 and was made the skipper in 2013.

However, his poor form on the field on the international stage could have affected his decision of resigning from the captaincy post recently.

His ominous form is so lethal that an opposition bowler starts sweating the minute he hears the Delhi-born batter is about to take strike.

Kohli amassed 973 runs in the 2016 season which is a record for any batsman in the IPL. His batting prowess as well as electric fielding makes him one of the most dangerous batsmen and King of IPL in record books.

‘Mr 360’ of Cricket world, Proteas icon AB de Villiers is another on the list of the ipl dangerous batsman.

The South African has time and again proved his mettle in the IPL with his blistering batting, accurate fielding and some scintillating shots across the ground.

Whenever De Villiers & Virat Kohli took the field, it was a spectacle to behold, as two of the most dangerous player batsmen in IPL, entertained the crowd with their sheer batting display.

The South African previously plied his trade with the Delhi side however, when RCB came calling, the former’s fortunes too hit a record high.

De Villiers became a master of run-chases as well as bailing his side out of trouble in tight games.

With 150+ games to his name, the South African superstar called time on his playing career recently that also included playing in the IPL.

Whoever tells you that who is the most dangerous batsman of ipl, if your answer is AB de Villiers, they wouldn’t discount you!

If one has to speak about his batting, well, Warner already holds the record of amassing the most runs by a foreign star in the IPL and that itself makes him the most dangerous batsmen in the IPL.

After starting out with the Delhi Capitals, Warner’s true ability came to forefront when he turned up for the Hyderabad outfit.

More than his batting, his captaincy lit up the IPL as he won them their 1st IPL title in 2016. However, things turned sour between the management and the player as he was kept out of the side last season.

2022 saw him sign up for the Delhi Capitals as one of the most dangerous batsmen in the IPL, David Warner looks to add more runs to his locker and eventually bring them the top honours.

One of the most dangerous batsmen ever to grace the IPL, Mahendra Singh Dhoni or simply called as MS Dhoni, has seen and done it all.

His 2007 heroics for Team India who won their first T20 World Cup, has made him one of the most skilful and street-smart captains in the IPL circuit.

Despite the CSK side being in murky waters off the field, MS Dhoni’s heroics made sure it did not affect them on it as he led them to three IPL titles.

When CSK were suspended, MSD turned out for the Rising Pune Supergiants.

His blistering batting in the middle overs and exceptional tactics whilst fielding, makes him one of the well-known players.

There’s no denying that Dhoni’s powerful hitting and his most-revered ‘Helicopter shot’ makes him one of the most dangerous batsmen in the IPL.

The West Indian white ball captain has to be regarded as one of the most dangerous batsmen in the IPL tourney.

His blistering batting as well as some street-smart fielding makes him one of the unmissable for the Mumbai side.

Pollard made his debut for Mumbai way back in 2010 and has been in team ever since winning them 5 titles in the process.

His destructive batting makes any opposition sweat and that is why KP has to be regarded as one of the most dangerous player in ipl.

T20 Cricket is known to be a batsman’s game and with the above names in the list, it makes a dreary reading for a bowler.

Some of the most dangerous batsmen in IPL are renowned for their batting displays as well as their capable batting in difficult situations.

With the IPL 2022 already underway, it remains to be seen whether we will see any new stars added to the list of most dangerous batsmen in IPL.

IPL 2022 – Bowlers Who made History with Hat Tricks in IPL