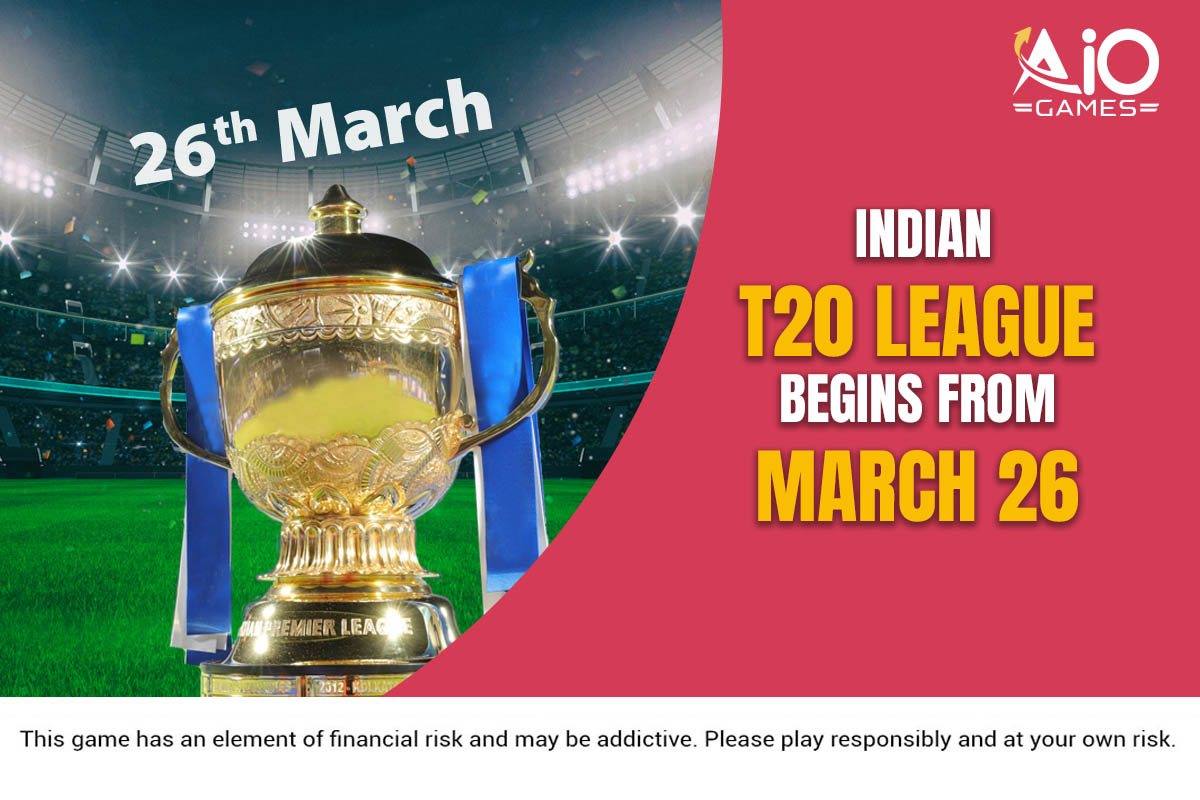 Here’s the news that you all cricket fans have been yearning to listen – the much-awaited Indian T20 League is all set to get underway from March 26 with the final to be played on May 29.

Yes, you have heard it right! India’s top cricketing board – the BCCI announced on Friday that this season’s T20 League will have 74 matches, that includes 70 League games and will be played in Mumbai and Pune.

Each side will play the 5 teams twice & the pending 4 sides only once.

The Indian board also stated that the play-offs & the final venue hasn’t been decided yet and will be notified further.

The 10 sides that are part of the Indian T20 League are pooled in two groups of 5 each.

Team Mumbai are in Group A whereas Team Chennai are in Group B. The interesting part is that – the franchises have been pooled in these 2 virtual groups based on the titles won followed by the number of finals played.

Each side will play twice with the teams that they have been grouped with & also with the teams in the same row from the second group. With the other sides, they will play only once for the league stage.

So, for Example, Team Mumbai will play twice against Kolkata, Rajasthan, Delhi and Lucknow and twice against Chennai who are in Group B. They will face Hyderabad, Bangalore, Punjab and Gujarat only once.

As the world holds it’s breath for cricket’s biggest extravaganza, the Indian T20 League which will kickstart from March 26, cricketing fans were looking forward to the schedule.

READ ALSO  Who Is the Best Player In IPL History?

Well, they weren’t dissapointed as it is already out that includes the two new franchises – Lucknow and Guajrat.

This season’s Indian T20 League promises to be fun-filled affair as it consists of a new format altogether.

This season will see a total of 70 games that will be played in the league stage so it remains to be seen how the teams use their squads to the fullest.

We will see 2 virtual groups consisting of 5 teams viz. Group A and Group B and all of them will play each other atleast once.

Plus, the cricketing board has also stated that this season’s Indian T20 League will 12 double-headers which starts off with last year’s runners-up, Chennai and Kolkata, at the Wankhede Stadium in Mumbai.

However, the schedule for the knockout stages will be announced during the tournament.

Here is the entire league round schedule of the Indian T20 League 2022: