How To Choose A Good Captain For Your Fantasy Cricket Team? 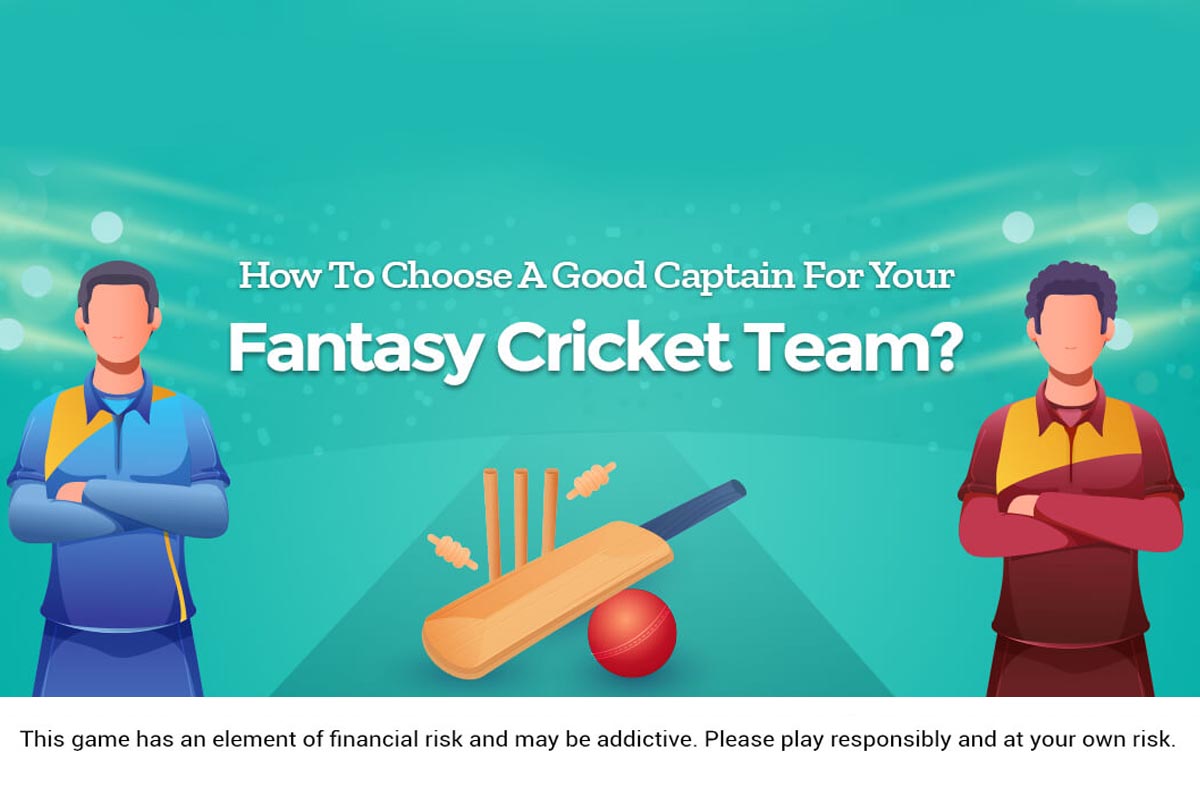 Through their on-pitch performances, these cricketers have the ability to bring the whole country to a standstill. They dazzle crowds with their style of play and bring home trophies and glory from various international competitions, making the country proud.

Fantasy cricket is extremely popular in India. The selection of the correct team is the first step in the winning process. And in fantasy cricket online, you have the opportunity to form the best team among the competing teams.

The captaincy is one of the most crucial choices you’ll make while putting together your fantasy squad.

Here are a few tips to consider when choosing your captain:

1.) In a weak team, bowlers will likely take wickets quickly and/or the top batsmen will likely play the majority of the innings and score well.

In this case, the batsmen would not be able to struggle hard enough, so it is best to stay outside of the medium level batsmen.

2.) If two strong teams compete, the best option is to choose an all-rounder as captain/deputy captain. Look for an all-rounder who gets to bowl his whole excess quota early in the game.

Not only should the player be able to bat, but he should also be able to take wickets.

3.) If you don’t have enough points to buy top all-rounders, you could take good, reliable middle-level batsmen with a good strike rate. It is helpful if the batsman can also bowl.

4.) The majority of fantasy cricket players place so much emphasis on batsmen, but under the right circumstances, a successful bowler will score more points than any batsman.

5.) Distribute your team among the teams so that you can score points in the game. The captain and vice-captain are in the same boat.

You should choose captain and vice-captain from different teams to improve the chances of scoring the most points.

6.) Try to resist the urge to enter every tournament and play every match. This is especially true where money is involved.

To limit the financial risks to a minimum, it is strongly recommended that you carefully choose the games you play.

Users who do not have enough information about a particular player or their success record always select them, only to lose the game and their money in the process.

7.) It might not seem so at first, but the weather and the location of the match, as well as the pitch conditions, have a significant impact on player performance.

Certain players, for example, do better on days with little or no wind, while others put on a show even on windy days. As a result, it’s critical to choose players based on their relative abilities.

8.) Finally, selecting a fantasy team is similar to playing a game of mixture and variation.

Choose your captain players in such a way that they provide you with the least amount of risk, so you don’t miss a lot of points.

To wrap things up, there are more opportunities for everyone to win at fantasy cricket now, and it all begins with increased game awareness and experience in selecting fantasy cricket online teams.

READ ALSO  An exposure to Mankading in Cricket

Fantasy App Download and start building your own fantasy cricket team for the upcoming match. You have an option to choose your 11 fantasy players and play the game.

Bring out the sportsman in you and win exciting cash prizes if you win.

10 Cricket Records That Are Impossible to Break