10 Cricket Records That Are Impossible to Break 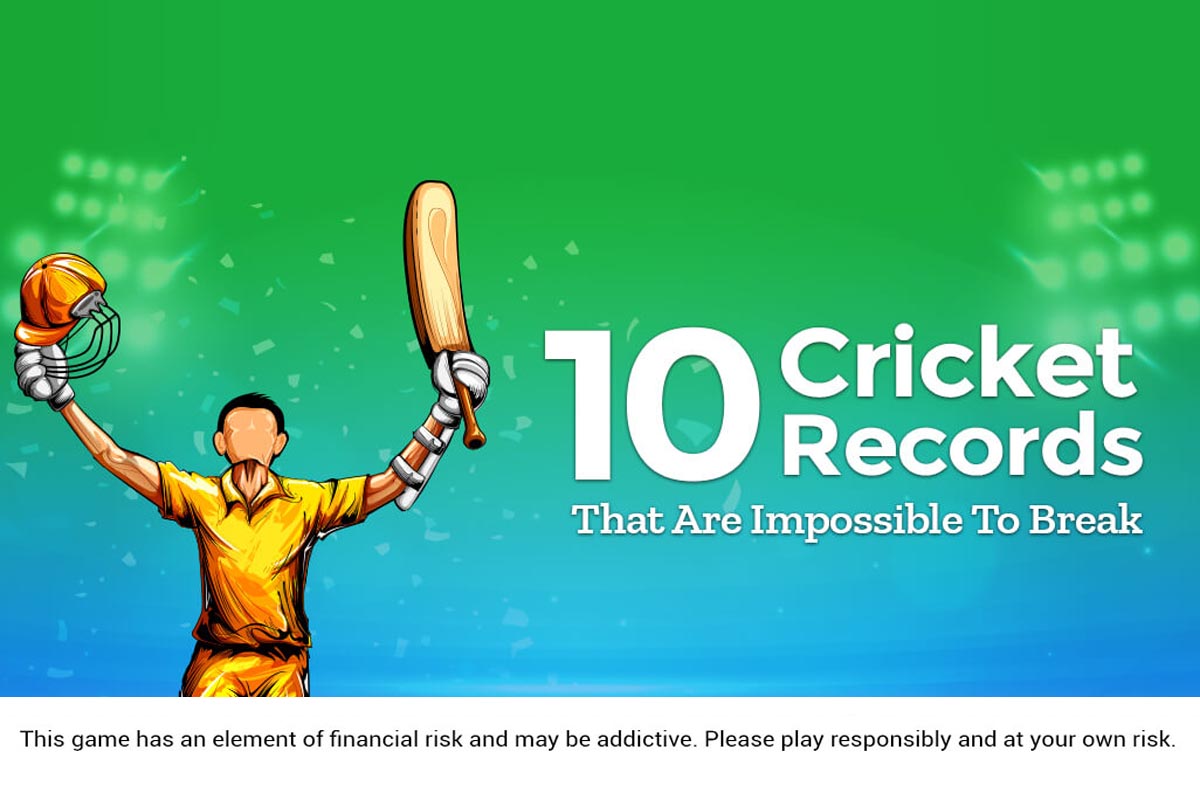 Cricket is a competitive sport. Cricketers train hard to play record-breaking performances. Nevertheless, some records are impossible to break.

William Gilbert Grace is the only cricketer who was captain of the cricket team at 50 years of age. He played his last match against Australia in 1899.

The person who made this record is not the master blaster cricketer Sachin Tendulkar. Of course, Sachin has scored many international centuries, but an English cricketer called Sir Jack Hobbs was the legendary player who scored 199 centuries in first-class cricket. He scored 18 test centuries for England.

Imagine a cricket player nailing 19 wickets in one match! Jim Laker was the man who took 19 wickets in a single match against Australia. This record is nearly unbreakable.

The cricketer who had a 30-year cricket career was Wilfred Rhodes. Imagine how privileged he was to play cricket for 30 years!

Adam Gilchrist is the batsman who scored 50+ runs in World Cup Finals. This cricketer scored one century and two fifties in World Cup, and no one has broken his record.

A legendary batsman scored a century in just 3 overs. His name is Sir Don Bradman.

Virat Kohli made this off-beat record of taking an international wicket without bowling. He stumped off Kevin Pietersen on a wide ball during a T20I match.

A spin bowler Rameshchandra Gangaram Nadkarni made this legendary record of bowling 21 consecutive maiden overs. This record is not broken by any other cricketer until now.

The cricketer Wilfred Rhodes took the greatest number of first-class wickets. He took 4204 wickets in his cricket career which is an unbeatable number.

Play fantasy cricket online if you enjoyed reading these facts. They are fun and entertaining. The AIO games platform allows you to make your fantasy cricket team for any upcoming cricket matches.

You can choose your batsmen, bowlers, wicketkeepers, and all-rounders on the AIO app. You get amazing cash prizes if your players get the highest scores.

How to Win Fantasy Cricket Contest?

You can read fantasy cricket predictions for upcoming cricket matches to select the best players. Go ahead and have fun now! Download the AIO app and register for an upcoming fantasy cricket contest with your free bonus.

How To Choose A Good Captain For Your Fantasy Cricket Team?