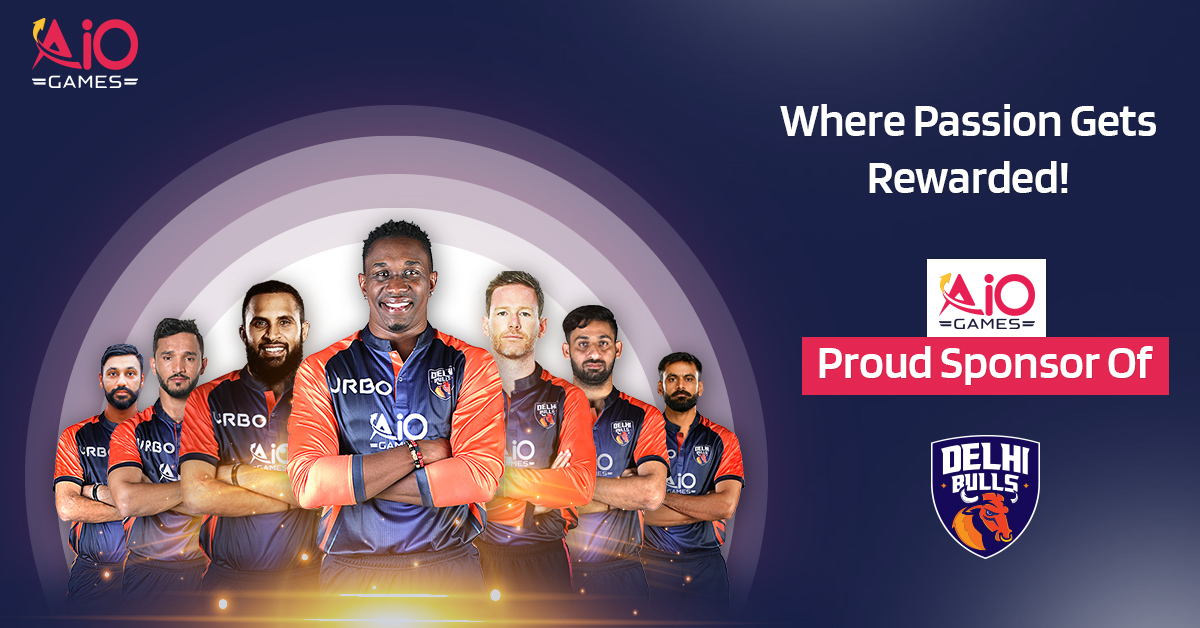 AIO Games, a multi-gaming application that also features fantasy cricket, is proud to announce that it will sponsor Team Delhi Bulls for the upcoming season of the Abu Dhabi T10 League.

Mr. Amin Rozani, Founder and CEO expressed his elation with the association by stating that,

AIO Games is glad to be supporting Delhi Bulls at the T10 League. We are honoured to contribute our participation in an international tournament with top players from across the world. We hope that that the partnership would be mutually beneficial to both the parties involved, given the media exposure at the event.

The fifth edition of the Abu Dhabi T10 League is slated to begin from 19th November and wraps up on 4th December. The first game of the season would see last season’s runners-up, Delhi Bulls take on Northern Warriors.

The runners-up of last season, Delhi Bulls will look to go one step further this time around and will hope their bigwigs click.

The Delhi Bulls squad for Season 5 –

AIO or formerly known as All In One Games is the ultimate gaming destination of India that is home to multiple games mostly fantasy cricket, rummy, call break, ludo etc.

Indians nowadays have honed their skills especially on the gaming arena and AIO Games has decided to give its fans some of the best games in the market.

AIO Games is legal and user-friendly application and accustoms to 24/7 customer support.