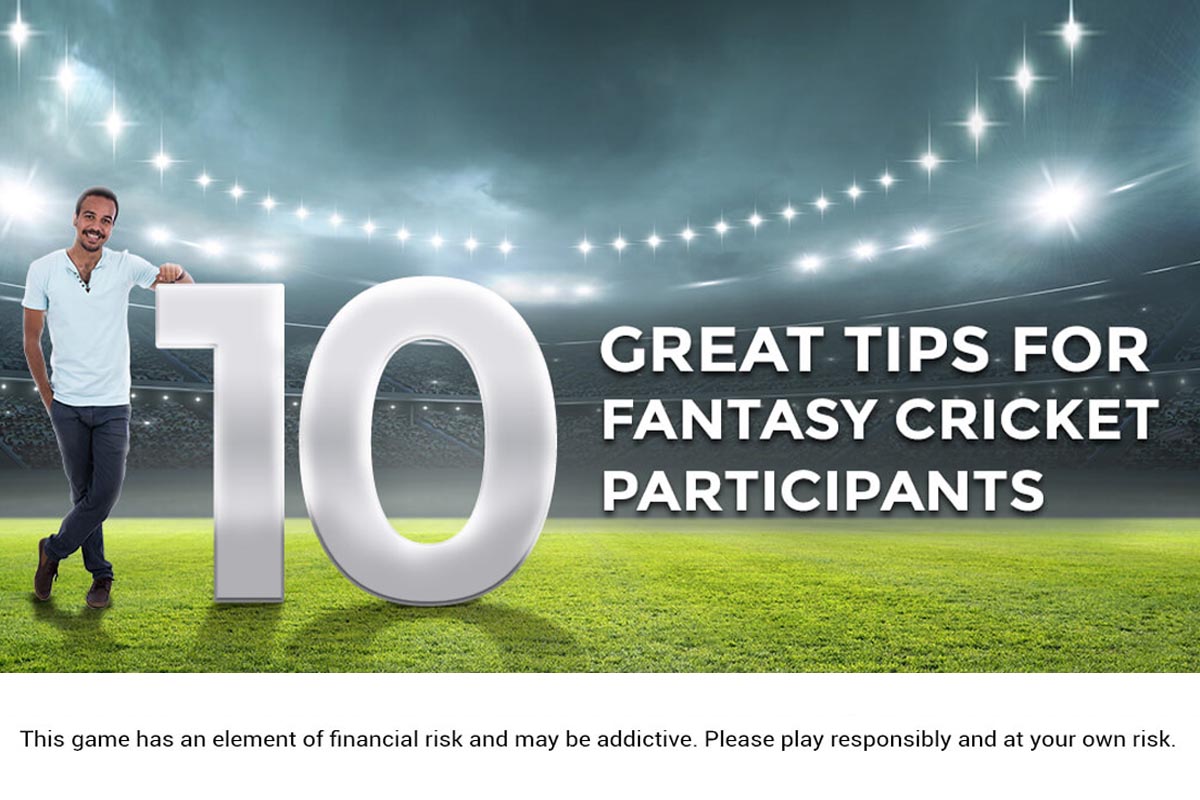 Fantasy cricket should never be used as a full-time source of income. There is a reason for this, which is that if you treat it as a business, you will never profit. When you compute your earnings over a year or six months, you may simply assume that this is true.

In a fantasy league, you should never let emotions cloud your judgment while forming your 11-player team.

Even if your favorite cricketer is participating in a particular match, you should avoid selecting him if he is out of form or has a poor record against the opponent in the past.

This is one of the most crucial fantasy cricket recommendations.

Many big-ticket stars come with a lot of credit points, so choose them carefully since if they don’t work out, it could hurt your fantasy league. When it comes to big players, you should always conduct thorough research before putting them on your cricket squad-based solely on their reputation.

Choosing the appropriate captain and vice-captain is one of the most important ways to win any fantasy cricket league.

READ ALSO  10 Cricket Records That Are Impossible to Break

You study player performance and form before selecting them because one wrong pick would reduce your chances of winning.

Read : Read a detailed article on How to Play Fantasy Cricket

6. Participate in smaller leagues with a single team and devote all of your efforts to it

Creating many teams can sometimes lead to confusion and distraction, and you may find yourself unable to focus at all.

You have a higher chance of winning smaller leagues with fewer teams and fantasy players of lower skill levels.

After you’ve won a few leagues, you can move on to the grand league, where the pool is smaller but the stakes are higher.

While players’ recent form should be considered when creating a fantasy cricket dream team, you must strike balance between form and potential.

Many fantasy gamers make the mistake of merely selecting players who had a strong performance in the previous game, neglecting their potential.

Identifying the athletes’ potential and reviewing their previous performances is the way to go.

Due to severe weather forecasts, picking teams can be difficult. Even if you have the ideal team for a complete game, rain might throw all of your plans out the window.

When putting together fantasy teams, fantasy gamers should keep the weather forecast in mind.

By Value Investing we mean that there are various types of players with different rates according to their calibre. One should ensure that the player provides value for the credits invested for them.

If we take a high credit player, we might have to miss two or three big players. So, we should choose the players based on Value for Investment not based on favoritism.

If you are going to use the point system, you’ll want to get as many bonus points as possible. Catchings, stumpings, and even run-outs all get bonus points. It’s crucial to keep track of athletes who consistently catch balls and excel as fielders. This will undoubtedly enhance your point total.